Low-cost entry into discovery and evaluation of diamondiferous kimberlites in an area of high value (>US$400/ct) diamonds in an under-explored region of West Africa. 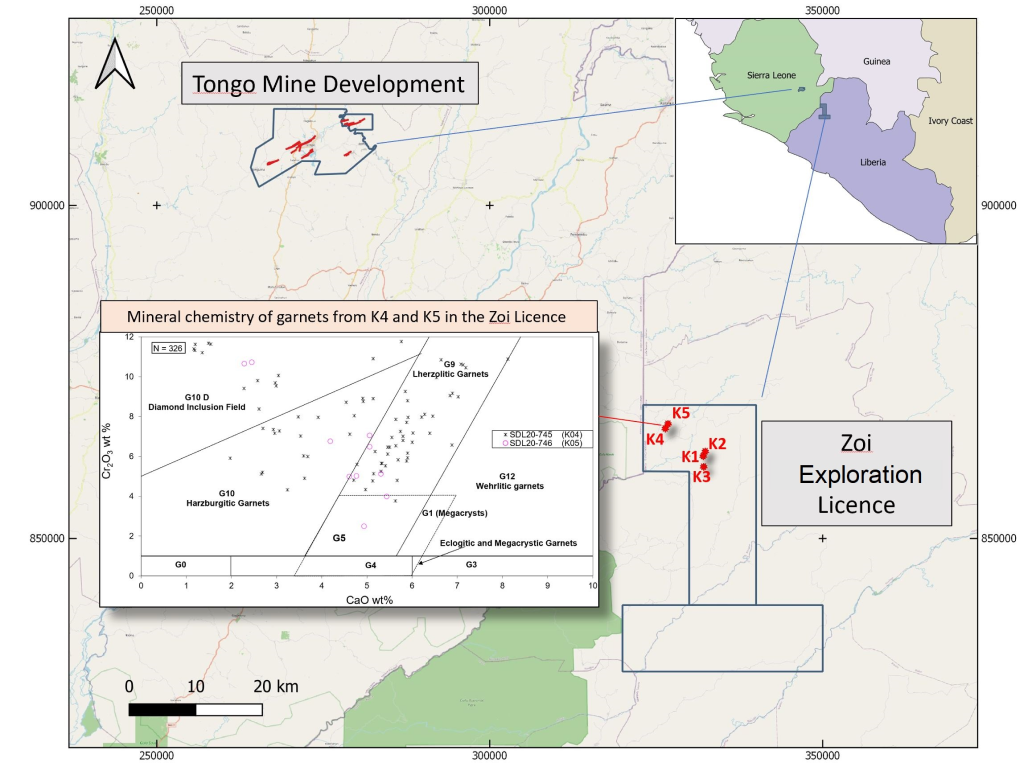 The Kumbgo Kimberlite Project comprises two exploration licences that cover a total of 670 square kilometres in the west of Liberia.

The area has historically been known to yield large and high value diamonds from artisanal diamond diggings. Previous sampling by Newfield’s subsidiary company Stellar Diamonds yielded numerous samples with abundant kimberlitic indicator minerals, which suggested the presence of as yet undiscovered kimberlites within the licence area. Subsequent follow-up work in 2019 and 2020 has so far resulted in the discovery of five kimberlites with numerous further anomalies suggesting the presence of yet more, undiscovered kimberlites.

The analysis of mineral concentrate samples from two of the kimberlite discoveries within the Zoi reconnaissance licence reported high interest garnet mineral chemistry. A total of 89 garnets from K4, and 10 garnets from K5 were recovered in the +0.5mm, -1.0mm fraction and analysed by electron microprobe. A total of 37 (42%) reported as G10 garnets, which is important because these garnets are known to have originated in the Earth’s upper mantle at the same temperature and pressure conditions as diamond. This result is encouraging, and microdiamond sampling will be carried out to confirm whether the kimberlites are diamondiferous, and to establish a preliminary grade estimate.